December is always a busy month but this one is busier than usual for me because I’m working on an exciting new venture. I’ll tell you about it in a few weeks. For now, I want to give you my theater and movie favorites for the month.

This 1923 Noel Coward play is smart and funny, very funny, and slickly staged on Remy Bumppo’s space on the second floor at the Greenhouse Theater Center. The play and performance are delightful, partly because Coward does an interesting gender switch, unusual for the 1920s, with three outstanding female roles. My Gapers Block review tells all about it. Angels runs until January 10.

This very fine staging of the Ibsen play is a bit meta-theatrical and regularly breaks that famous fourth wall to interact with the audience. It’s hard for the audience not to feel that they’re interacting with the performers in this tiny space on second floor at Angel Island. (This is Mary Arrchie’s final season so do try to see one of their shows this year.) Ibsen’s Ghosts runs through December 20. My review begins this way:

“Mary-Arrchie Theatre’s new production of Ibsen’s Ghosts takes the great Norwegian playwright’s scandalous 1881 play, shakes it up and spits it out in a witty contemporary form. And then punches you in the gut with its ending.”

Never the Sinner at Victory Gardens Theater at the Biograph

Every Chicagoan knows the story of the thrill murder of young Bobby Franks by two University of Chicago students, Richard Leopold and Nathan Loeb. Victory Gardens retells the crime, its aftermath and the Leopold-Loeb trial in John  Logan’s 1986 script, written while he was a Northwestern University student. (Logan is known for his scripts for Hauptmann and Red, but has since become more famous as a screenwriter.) The two actors who play the criminals give excellent performances and veteran Chicago actor Keith Kupferer plays their attorney, Clarence Darrow, who saved them from execution. Never the Sinner closed this week. Here’s my review.

I liked last year’s Iphigenia in Aulis at Court Theatre, but this year’s segment in the trilogy is a little flat and disappointing. The rhythm and performances in general are not as riveting. The actors performing as the chorus, however, are excellent, but they take up too much stage time and detract from the central plot. Agamemnon has now closed.

Chi-Raq is Spike Lee’s Greek satire (his adaptation of Aristophanes’ Lysistrata) designed to send a strong message about Chicago’s gun culture and gang warfare. It succeeds in dramatizing the Chicago murder crisis — more dead bodies than the deaths of special forces in Iraq. I found the two-hour film hugely entertaining, funny and wise — but messy and incoherent. It’s wildly uneven. I loved the Greek references and the dialogue in rhyming couplets. Although I liked it and will see it again, I could only gave it three stars out of five on my Letterboxd review. Chi-Raq has received some good and bad reviews, but see if for yourself. Unless you can’t handle vulgarity. Here’s the famous trailer.

Phoenix is a 98-minute film released in 2014 by German director Christian Petzold, starring Nina Hoss (the same pair responsible for the outstanding film Barbara). In Phoenix, Hoss stars as a woman disfigured in a Nazi concentration camp; she undergoes plastic surgery but looks quite different than her original self. When she finds her husband, he doesn’t recognize her but decides she looks enough like his dead wife that she can help him carry out a fraud scheme. The Kurt Weill song, “Speak Low,” is used hauntingly throughout the film and provides a stunningly perfect surprise ending. Phoenix is streaming on many services.

Inside Out, a Pixar film, is said to be suitable for children and it’s certainly not unsuitable, but it is very much a nuanced film that adults will like too. The story, briefly, is about Riley, an 11-year-old girl whose parents move from Minnesota to San Francisco. Riley’s head and heart suffer from all the pangs and pains you can think of, missing her friends, her old house and her hockey team. The emotions that fight it out are embodied as Joy, Fear, Anger, Sadness and Disgust and are voiced by a fine set of actors.

My little grandsons were mesmerized by this 100-minute film (of course, they will watch anything on a screen, as their mother says) but my son and I thought everything but the basic story probably slipped by them. Still, it’s a good family film with beautiful animation.

Suffragette, a film about the fight for women’s voting rights in early 20th century England, was rather a disappointment. Too much attention paid to the individual angst suffered by the Carrie Mulligan character and others; not enough devoted to the suffrage question. (Or maybe I wanted to see a documentary.) Mulligan’s performance is good and Helena Bonham Carter is excellent as the chemist-activist. Meryl Streep does a cameo as Emmeline Pankhurst, overshadowed by her huge hat.

We observed the 12th anniversary of the 9/11 attacks on the World Trade Center this week. News channels had at least one story on the memorial observances. MSNBC relived the entire experience, replaying the NBC news footage from that fateful morning, minute by minute. 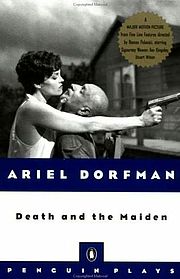 In Santiago, Chile, they remembered their own 9/11, which had an even more profound impact on Chilean society.  The Christian Science Monitor reported that “President Sebastian Pinera marked the 40th anniversary of the military coup that overthrew Salvador Allende on Wednesday by urging Chileans to heal from—but never forget—the events of Sept. 11, 1973, that launched a bloody 17-year dictatorship.” Allende was a democratically elected socialist who launched the “Chilean path to socialism.” He nationalized the copper industry (mostly owned by US companies) and used the money to improve education and health care for his people. The US–meaning the CIA–found a way to sow chaos and provoke the military coup. Chile’s national history museum opened an exhibit this week to mark the anniversary.

Chilean writer Ariel Dorfman had a poignant article in the September 8 New York Times, titled “9/11: The Day Everything Changed, in Chile.”  He and his friend  Claudio Jimeno were among four advisers to President Allende when the government was under threat of a military takeover by the forces of General Augusto Pinochet.  The advisers  rotated nights at La Moneda, the presidential palace, to keep watch and alert the leader to any emergency.  Dorfman was to keep watch on Monday night, September 10, but changed nights with his friend because of a family obligation. The rest is history, of course. Jimeno was taken prisoner in the coup, tortured and became one of the desaparecidos.

Dorfman is author of the novel and play Death of the Maiden, which has been dramatized on screen as well as stage.  Victory Gardens Theatre will mount a production of the play in June 2014.  The 1994 film starred Sigourney Weaver as the activist who believed she had been raped and tortured by a doctor who befriends her husband. The events could have happened in most any country under siege today, but it was Chile. Chile after 9/11. 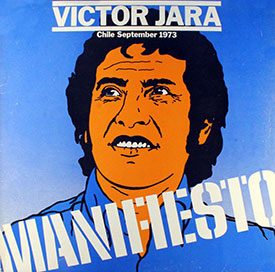 Bruce and the E Street Band performed in Santiago, Chile, on September 11, their first show in South America since the Amnesty International Human Rights Now! tour in 1988. Bruce took the opportunity to honor Victor Jara, Chilean poet, activist and Allende supporter, by performing his song “Manifiesto” during the encore set.  Jara was tortured and killed after the 1973 coup.