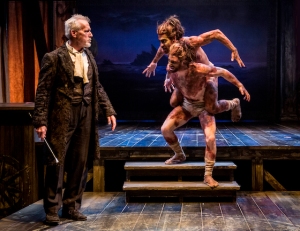 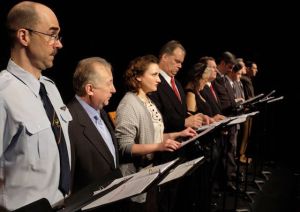 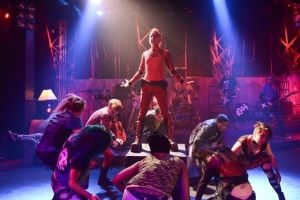 Holiday reviews: A play or three to end your year

It’s almost the end of the year and I don’t want you to miss these three plays now on stage in Chicago. Plus notes on a fourth play and a film recommendation. 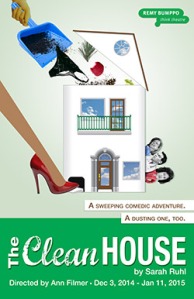 You may have seen Sarah Ruhl’s smart, funny play The Clean House in its first production at the Goodman Theatre in 2006. Even if you did, you might want to see it again by Remy Bumppo, a theater company that always thrills me with its attention to language and diction. In this case, some of the language is Portuguese and Spanish (which I understand un poquito), but the actors always help you along with the sense of what they’re saying in another language.

This play is about cleaning houses, and a lot more than that. It’s a commentary on how we love and care for each other and Ann Filmer’s direction enhances its great humor and charm.

Running time is 100 minutes with one intermission; thru January 11. 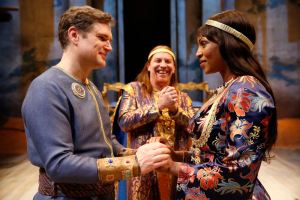 Pericles is one of Shakespeare’s plays that isn’t produced often, but Chicago Shakes has done a great job in staging it to bring out its best parts and subdue its lesser aspects. David Bell’s direction is excellent and the staging, costumes and music are superb. My Gapers Block review calls it a “lush, celebratory production.”

The play has a fine crew of actors, led by Canada’s Ben Carlson in the lead with grand support from Chicago stalwarts Sean Fortunato, Kevin Gudahl, Lisa Berry, Ora Jones and the always delightful Ross Lehman.

It runs 2 hours and 35 minutes with one intermission. My review notes that the first act is too long, but the production is worth your time. You can see it thru January 18. 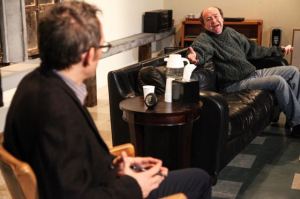 This is one of those minimalist, slightly claustrophobic productions that makes you feel that you’re peering over the shoulders of the characters whose life traumas you’re watching. The staging of this Conor McPherson play in the small Den Theatre space enhances that mood. It’s set in the office of an ex-priest, now-therapist, who is feeling his way through his own life as well as that of his patient.

Beautifully acted, with a special performance by Brad Armacost in the role of John, the patient. In his long monologue, he unburdens his soul and guilt to the therapist. You will be on the edge of your seat, lest you miss a word. Warning: there are ghosts in this play.

This 100-minute, five-scene production runs thru January 4. See my review.

Iphigenia in Aulis at Court Theatre 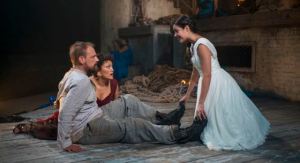 This was a rather low-key production by Court Theatre of the tale of Agamemnon, who sacrificed his daughter Iphigenia so that the winds would blow and send his fleet to attack Troy and bring back “that whore, Helen.” My review of this quote and of the play, which is now closed. Those bloody tales in which human fates rest on the whims of the gods and goddesses never fail to be interesting. However, this play has nowhere near the power of Court’s production, twice mounted, of An Iliad, which I noted in my review.

And on screen: The Tale of the Princess Kaguya at the Gene Siskel Film Center

This is a new and exquisite entry in the collection of superb work by Japan’s Studio Ghibli, known for its beautiful hand-drawn animated films. I mentioned the work of Studio Ghibli when I reviewed The Wind Rises by Hayao Miyazaki last spring. This new film is by Isao Takahata, drawn in subtle, almost water-color delicacy and black brush-stroke detail. It tells the story of a tiny baby girl adopted by a woodcutter and his wife when he finds her in a bamboo plant. She is an enchanted child and the film, based on a 10th century Japanese folk tale, tells the story of her growth, love and loss.

Runs thru December 30 at the Siskel Film Center–137 minutes. You can see it with Japanese subtitles (my preference) or voiced in English; the Siskel schedule tells which showings are which.

(All photos courtesy of the theater companies.)